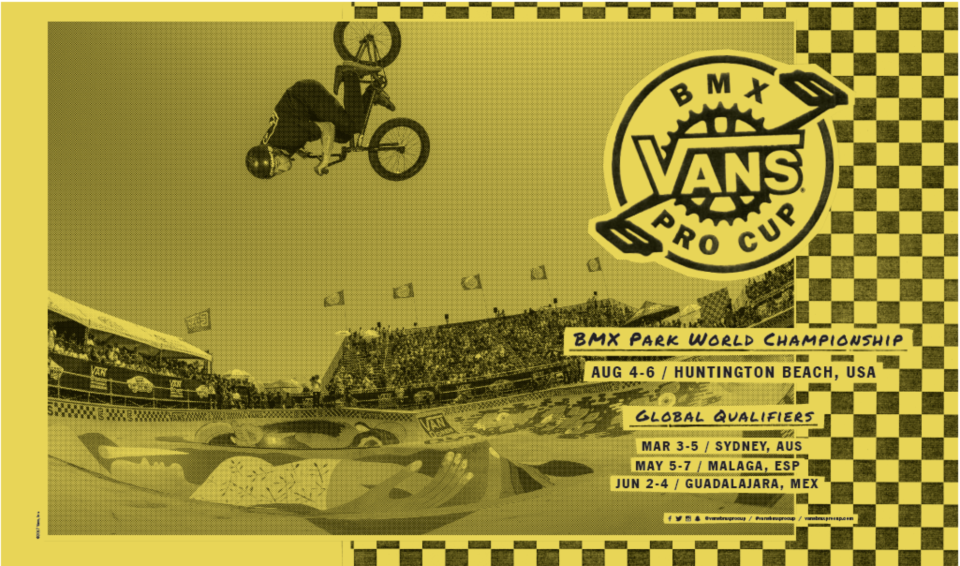 “The opportunity to define and promote BMX park terrain riding on an international level will spark a pivotal movement for the sport,” said Jerry Badders, Global BMX Sports Marketing Manager for Vans. “Vans has been committed to supporting BMX for decades, and the Vans BMX Pro Cup Series will continue that legacy for BMX fans around the world.”

The Vans BMX Pro Cup uniquely defines the BMX park terrain format by its transitional concrete closed courses and features such as spines, angled hips, extensions, escalators, set-back walls, elevation changes, gaps and transfers, variable grinding surfaces, etc. With the creation of the Vans BMX Pro Cup Series, Vans seeks to promote the culture and lifestyle of the BMX sport through the incredible athleticism and creative expression of the international BMX community.