Photos and Interview by Colin Mackay

Australian Chris James is cut from a different cloth. He goes really big. As big as possible in fact. And he doesn’t really care of the consequences either. He has slammed so hard and that often in the past that it really doesn’t bother him. He has the absolute desire to blast his BMX into the sky and that’s all.
Chris blew a good opportunity at the Sydney Regional Qualifier and messed up his run, missing the finals. If he had just made the final he would have done really well.

Instead of giving up on the dream, and with the financial help of his new sponsor Colony, Chris took a big chance and flew to the other side of the world to Malaga, Spain to try and get a spot in the Huntington Beach Vans BMX Pro Cup World Championships.
Well, Chris smashed it. He qualified first and won the Regional Qualifier final in Malaga earning his spot and winning an all expenses trip to USA.

Chris is so amped up for HB, get ready for fireworks!

CM: Where are you from and how did you get into BMX?

CJ: I was born in a little town called Cairns in Queensland, Australia and moved to the Gold Coast when I was 22. I started riding BMX when I was about 6 years old. I rode the local city dirt jumps in my town every single day after school for about 10 years.

CM: What do you do for money back home?

CJ: When I'm not riding my bike, I work as a butcher.

CM: This will be your first visit to the States, what are you most looking forward to doing?

CJ: I'm so excited to get the opportunity to go to America, it has been a childhood dream of mine. I'm looking forward to riding the famous Van Doren course (Now the Vans BMX Pro Cup) alongside with some of my biggest ideals in BMX. After the event, I've planned a week in Las Vegas and I’ll be flying over the Grand Canyon in a helicopter!

CM: How was the Malaga Regional Qualifier for you? Any standout moments?

CJ: It was honestly the best trip of my life. Malaga, Spain was like nothing I had ever seen before, it was amazing!  One moment that stood out the most would be when Colin Mackay come over to me just before my run. I was so nervous and scared and he told me just ride the way you do and just have fun. Then when it came for me to do my run a song came on that gets me so pumped up and as I dropped in all my fear and nerves just disappeared and the sound of the crowd cheering me on was the best feeling in the world!

CM: What’s been happening since the Malaga Regional Qualifier?

CJ: Coming back from Malaga on such a high I went down to my local skatepark. It was just another night chilling with the boys. I did a big air with a bar to oppo-bar back that I've done 100 times and I missed my hand and face planted and knocked myself out. I was rushed to hospital with internal bleeding and a small break in my wrist.
That was two months ago, and now I'm ready to ride the best I ever have in the Vans BMX Pro Cup competition, I can't wait! 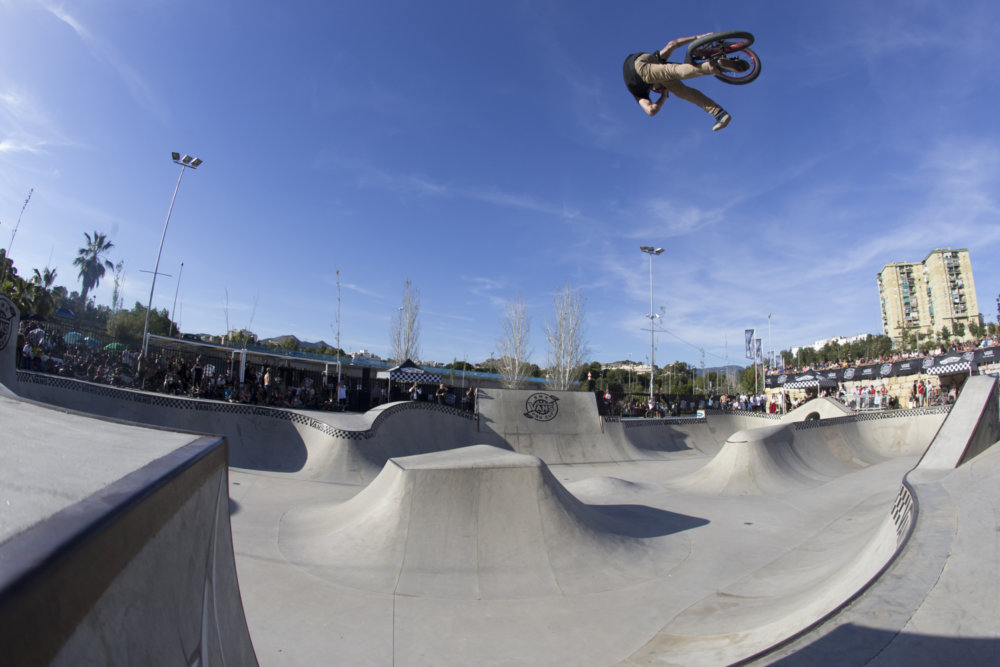 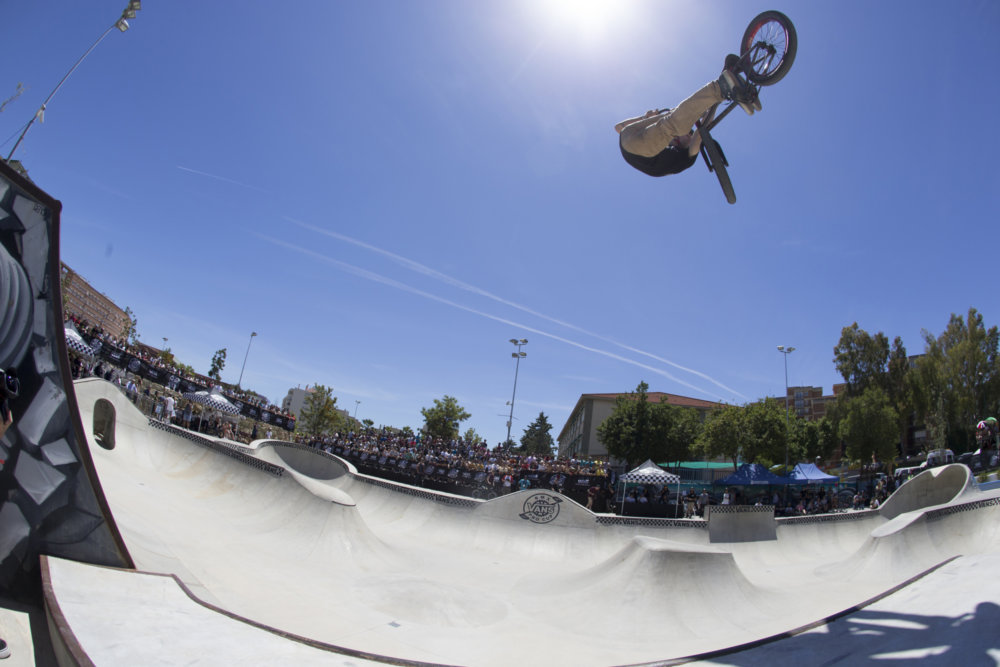 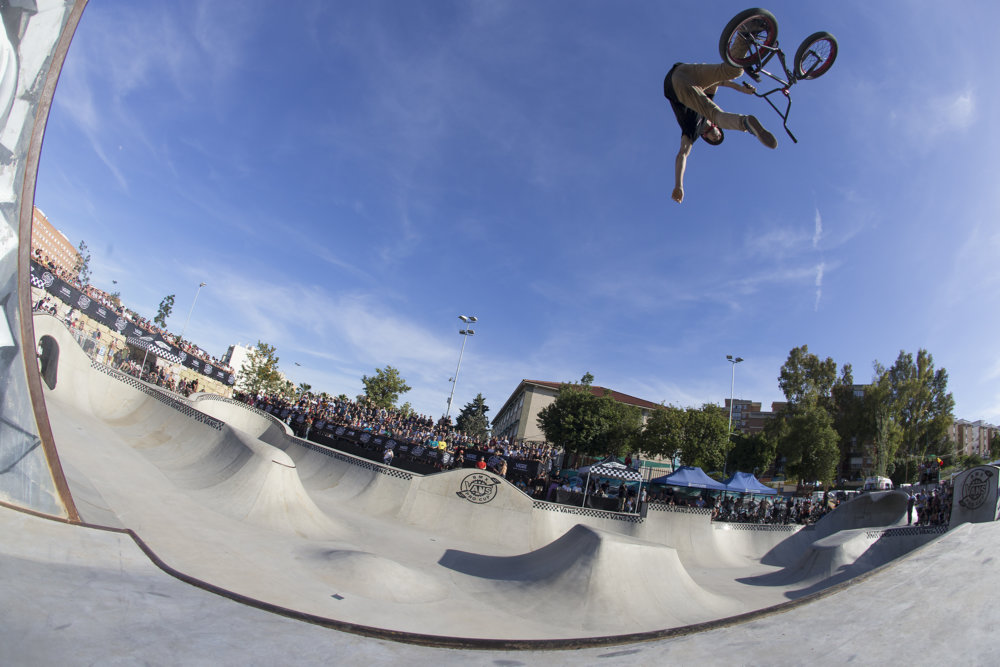 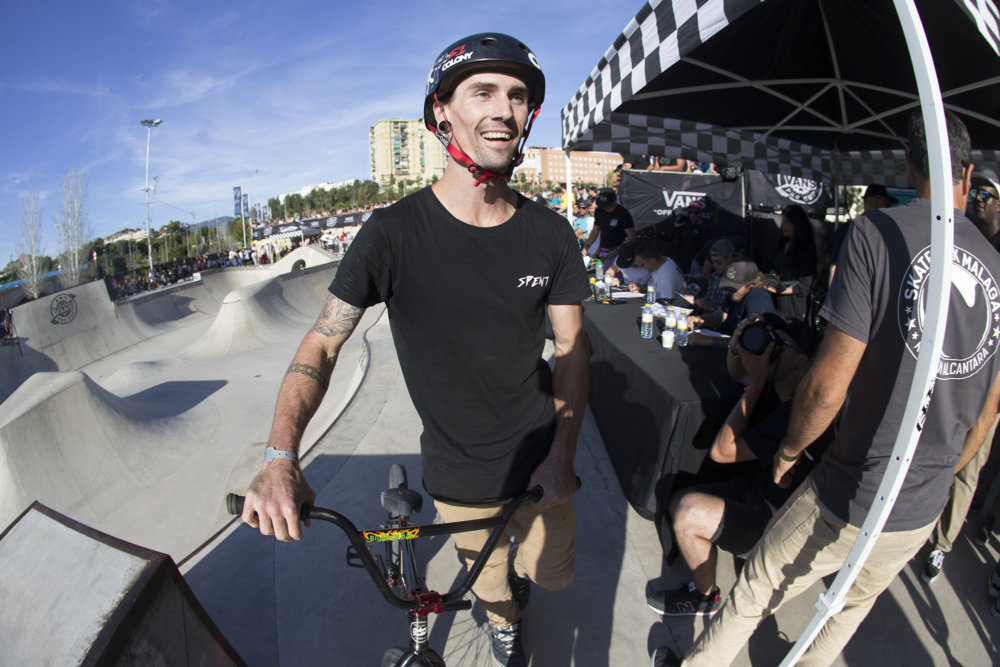 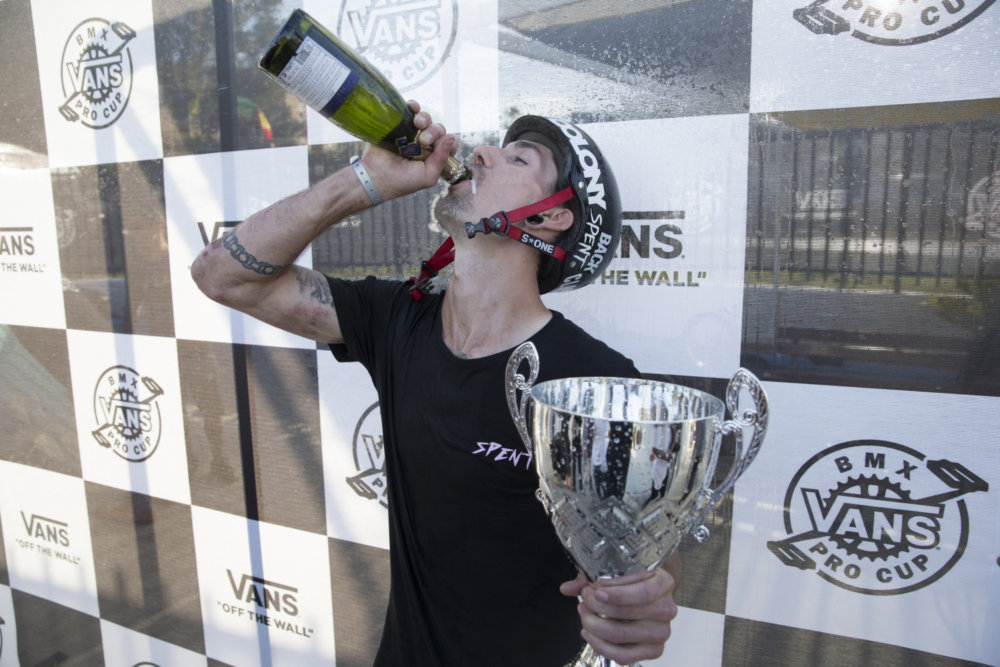 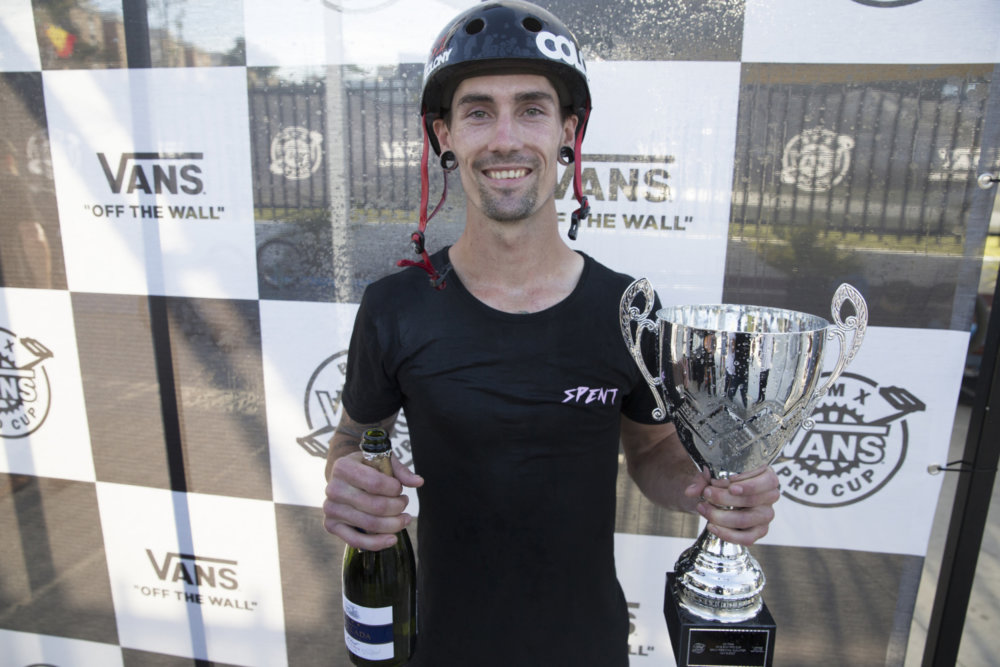