When the riders wrap up their day at the Vans BMX Pro Cup, Justin Kosman is skipping dinner for your pleasure. It's very normal for Justin to film all day then edit for hours that night to pump out a video the world is anxiously waiting for. Sure, another outlet may get the recap out sooner, but a Justin Kosman piece is truly worth the wait. He knows exactly how to tell a story and make you feel a part of whatever is the final piece that he exports and uploads.

This year Justin is taking on a deeper roll, concentrating on one rider at each Pro Tour stop in a documentary style format. Expect part one with Jason Watts out soon!

Do you remember the first time you picked up a camera and captured some BMX?

I was 12 or 13. We were jumping our BMX bikes at the trails in our small town in between local races. I had a camera I got from collecting cigarette packs from the garbage and the older kids that smoked -  you could mail away for camping prizes like backpacks and leather gloves, but I was fixed on the red and white camera.
The camera said it was waterproof, but it certainly wasn't. Lots of one handers, one leggers and bar hump 360 fly outs were captured on that camera. Thanks Marlboro.

What’s your day like at a Vans BMX Pro Cup stop? I know you’re not handing off any cards to some editors post event…

Wake up and hit the gram to see who went off the night before - It's usually an indication of who will / will not be ripping at practice. I try and handle a big breakfast early in the morning and assume that I won't be eating for the next 12 hours. During the first couple practices I usually get with Crandall or Daryl Nau to roam around the pits and talk to the riders on camera, make some jokes, and create some storylines that we can revisit each day.

When the riders start finding their lines I try to stay on the deck with the fisheye and just stack riding footage all day and simultaneously develop some of those story lines that we can use for the behind-the-scenes show or a lifestyle reel.
When the sun goes down I try to get the footage back to the hotel and start sorting it out immediately into separate timelines based on our publishing deadlines. In bed by midnight, maybe, and do the same thing for the next 5 days except more each day. I try to have some timeline templates built out before we arrive so I'm not doing the fine tuning at 1am. I had Calvin Kosovich and Dan Foley helping me out last year on the long lens game. It's really helpful to have another lensman on the opposite side of the course when the riding starts to get crazy. My goal for these events is to show a better version of what it was like to have been there in person.

Do you have good memory from the 2017 series that didn’t involve BMX?

At the Manly, AUS event we were surfing it the morning and drifted into the women's surfing event. All of a sudden there were girls in matching jersey all around us vibing us out haha. Meeting Courage Adams in Spain was really cool as well, I'm excited for him to get to the USA some day when his travel visa can be sorted out. I'd love to see footage of him riding some famous spots in the USA.

Was there a stop that stood out for you?

The Malaga, Spain stop was incredible. The park and the facility was the best thing you could give these guys to shred. There were so many transfers and gaps and weird things to hit you couldn't blink or you'd miss something big and exciting. I'm really excited to go back there. Also a little bit frightened on how insane it will be.

Are there some characters you like to capture on camera more so than others? Who’s guaranteed to give you some content?

Tom Dugan and Jason Watts are great on camera. They go big on the course, and they are really funny during interviews. They're down to do a little acting now and then, ham it up for the fans, and keep it fun like the Props days. Dakota Roche is actually really good on at those events too, even though he is not competing at that level he can ride everything and help out with interviews and and quick stories we need to produce. Our on-air talent, Steve Crandall and Daryl Nau are second to none, I really think that everyone else is just boring. Those two guys played a part in BMX media during a very magical time in BMX culture's recent history, and I think it's something to still aspire to. You can't just remove the style and personality from BMX and expect it to still be awesome. The more events try and strip away personality and style, the closer we get to being strictly bicycle gymnastics, and I do not believe that is the goal for any of this.

Is there an After Effects name template set up already for the 2018 Vans BMX Pro Cup World Champion? If you had to make 3 options up this week, who would they be?

Any of the guys on this world tour could win and event, I truly believe this.
That being said, this is strictly based on how good the after party would be.

Photos and interview by Colin Mackay

My goal for these events is to show a better version of what it was like to have been there in person. You can't just remove the style and personality from BMX and expect it to still be awesome. The more events try and strip away personality and style, the closer we get to being strictly bicycle gymnastics, and I do not believe that is the goal for any of this. 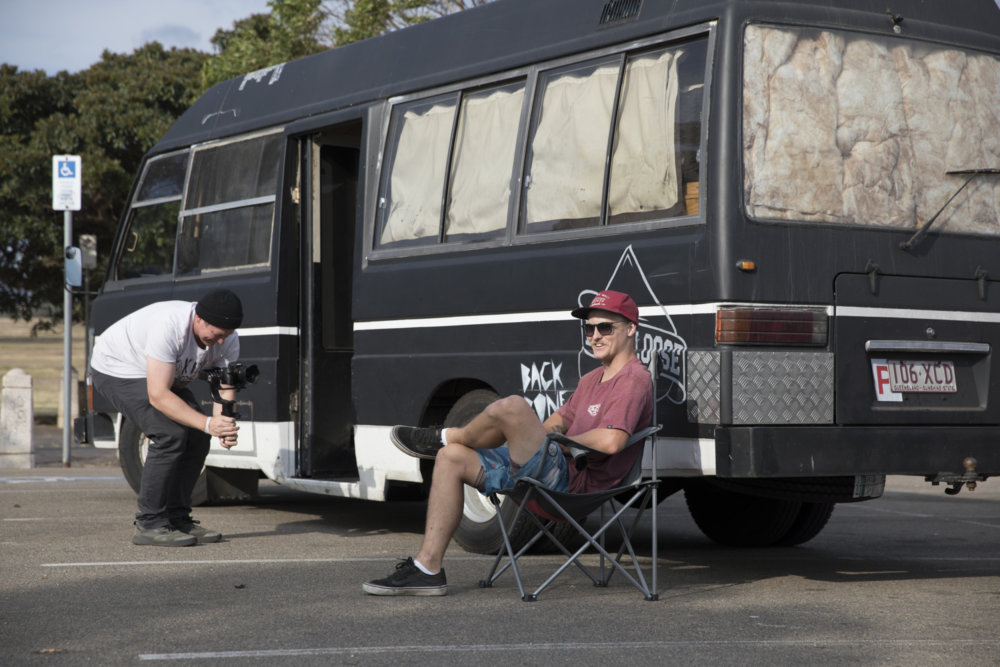 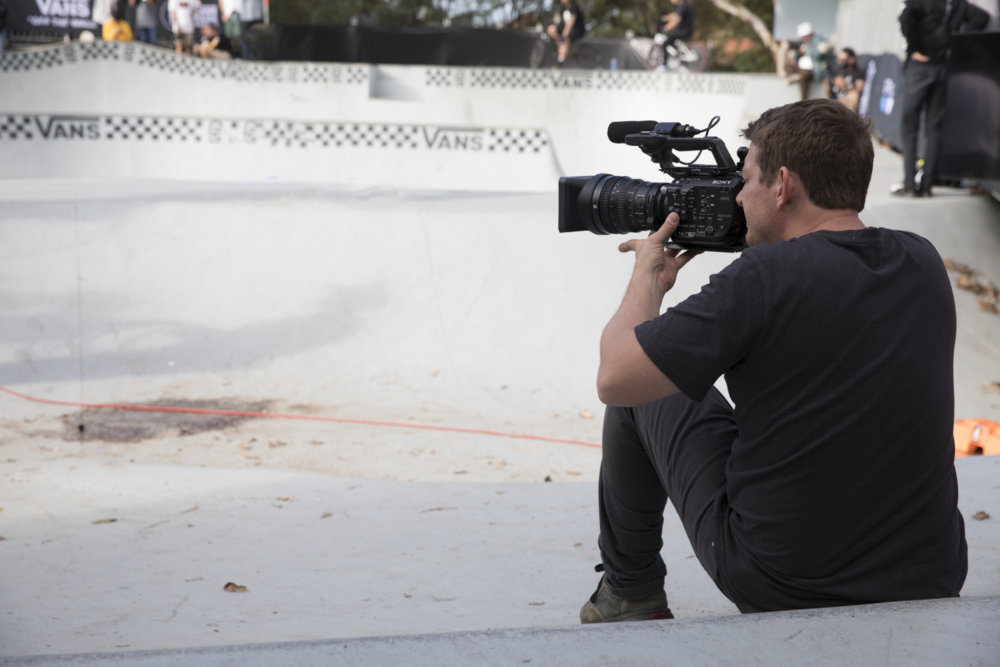