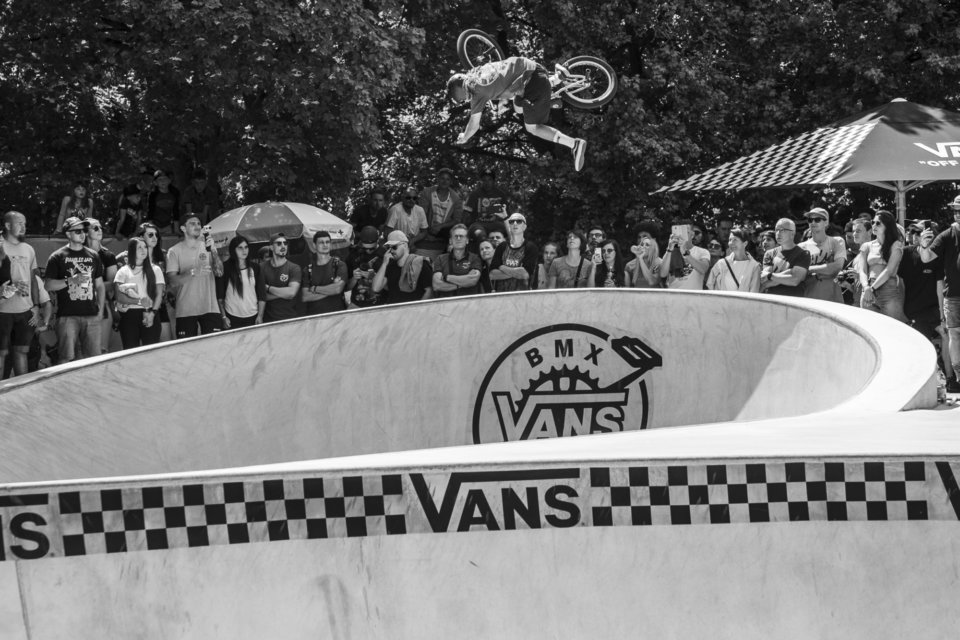 Stuttgart, GERMANY (June 17, 2019) – The world’s leading platform for elite BMX park terrain competition, the Vans BMX Pro Cup drew to a close yesterday (June 16) with the Men’s Final at the brand new Waiblingen BMX Park. Another energetic, 5,000 strong crowd made the finals an unforgettable one, it was Australia’s Jason Watts who deservedly took home the top spot.

Watts outshone the rest of the field with a winning formula of technical tricks tied in with crowd pleasing big airs, the judges commented on his impressive back to back nose manual combinations. Winner of the first stage of the Vans BMX Pro Cup in Sydney, Spain’s Sergio Layos fought valiantly for second place, displaying consistency throughout the competition and surprising the judges by landing different tricks into the tombstone each run. Defending 2018 Vans BMX Pro Cup Champion, Larry Edgar spent most of his runs airborne, blasting huge transfers and tricks including a massive 360 tailwhip to fakie, cementing his third-place spot.

The Best Trick competition followed the Men’s Finals, producing some very creative riding as the competitors dug deep to stand out from the crowd. Arizona`s Kevin Peraza caught the judge’s attention with a huge 180 backflip over the spine, earning him the Best Trick title. Canada’s Corey Walsh narrowly missed out on a podium finish, however his endeavors were not in vain as he was awarded Best Line after nailing the biggest transfer of the course with a table-top from the furthest hip to the tombstone.

The vibe over the past three days has been amazing, with an eclectic mix of attendees from BMX professionals to first time viewers of BMX coming together to witness some of the best BMX riding in the world and hang out in the Vans Village.

A big thanks to the City of Waiblingen, Kunstform BMX shop, the competing riders and the 10,000 fans that came out to support.

Building excitement for the world title race, the top 20 rankings will advance to the next stop of the 2019 Vans BMX Pro Cup Series, taking place in Mexico City, Mexico on August 16 – 18. The top three from the German regional qualifier have also secured their invites to the World Championships, to be held in Huntington Beach, CA this September.

Visit www.vansbmxprocup.com for the most up-to-date information on the tour, results, images and more.

Kevin Peraza, 180 backflip over the spine. 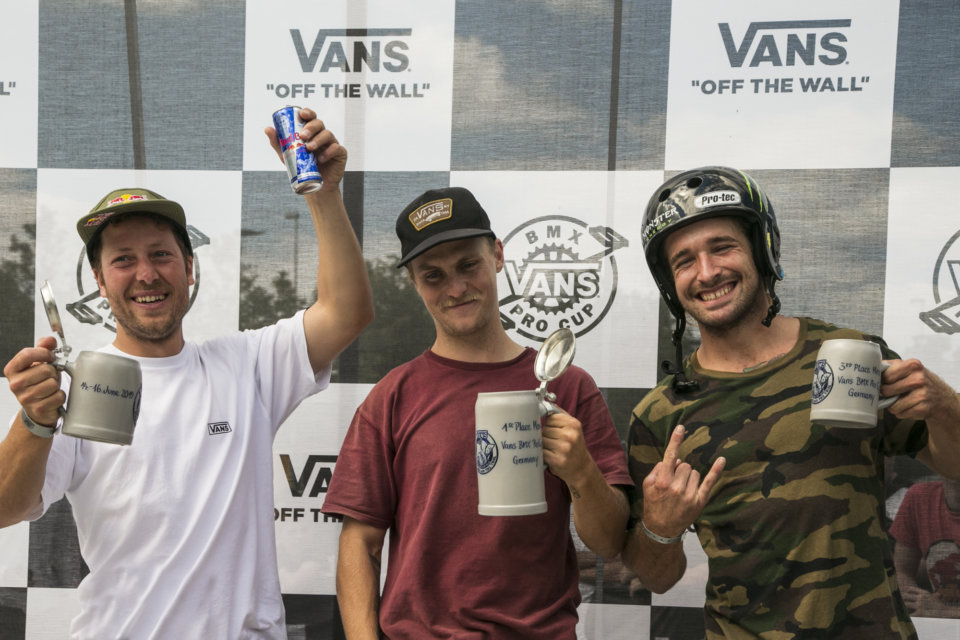