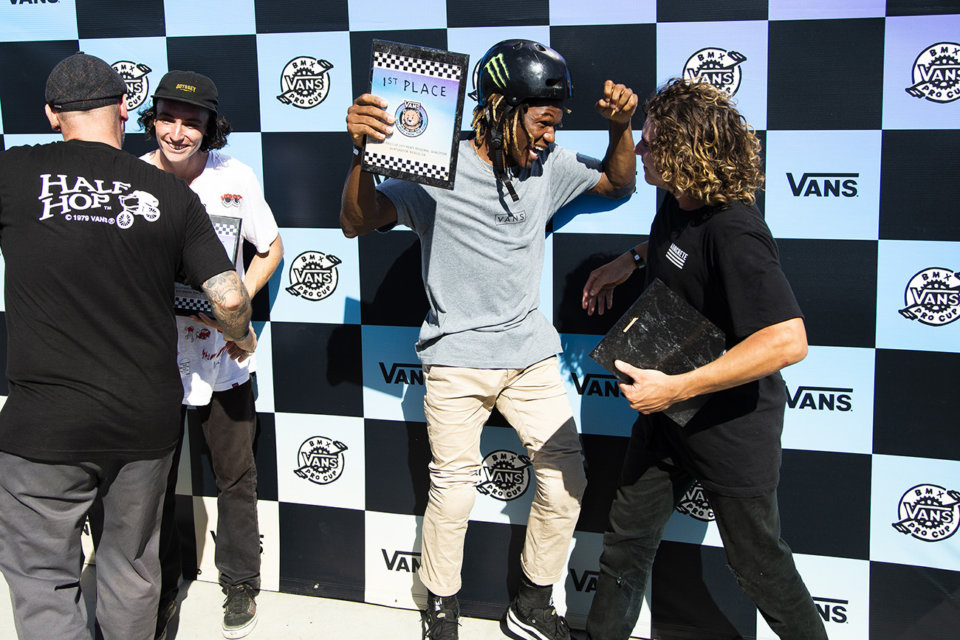 Huntington Beach, CALIF. (September 13, 2019) – Vans BMX Pro Cup, the world’s leading platform for elite BMX park terrain competition has touched down in Huntington Beach for the exciting World Championships grand finale. This weekend, the series will culminate its international tour to showcase the most talented BMX riders in the world and crown a new men’s and women’s Pro Cup World Champion in BMX park terrain.

The weekend kicked off today with the last chance Pro Cup Men’s Regional Qualifiers, where over 50 athletes from Mexico, Singapore, Chile, Brazil, USA, Australia and more, competed for the final opportunity to earn a top qualifying seed into the World Championships Semi-finals, taking place tomorrow.

After a scorching day of BMX rallying, Ecuador’s Jonathan Camacho prevailed, taking first place in the regional qualifiers. Winning his first-ever traditional BMX bowl competition, Camacho’s expressive style and mix of big tricks brought a fresh approach to the park, making him a clear outlier amongst the field. Coupled with his stylish swagger overall, Camacho landed a unique execution of a flat spin tailwhip on the Vans quarter to win the judges over. Camacho will advance directly into the Semis tomorrow, along with the rest of the Top 10 rankings from today’s competition.

Another highlight of the day, one of the youngest riders in the field, Nathan Halahan was a clear crowd favorite, utilizing speed and his own signature BMX style to showcase the best of the course features.

Hosted for the first time in the heart of the action sports industry in Huntington Beach, CA, the Vans BMX Pro Cup World Championships has brought a stacked international field of professional BMX riders from all around the world to compete for the championship title. Currently leading the season rankings, Australian Jason Watts has been on fire all season, joined by fellow Aussie Natalya Diehm, a consistent standout on the women’s leader board. The competition drama will unfold to pit seasoned tour pros, regional winners and wildcards against each other to determine who is the ultimate champion in BMX park terrain.

The series continues with the World Championships Semi-Finals for men and women tomorrow. See schedule below.

Vans Off The Wall Skatepark 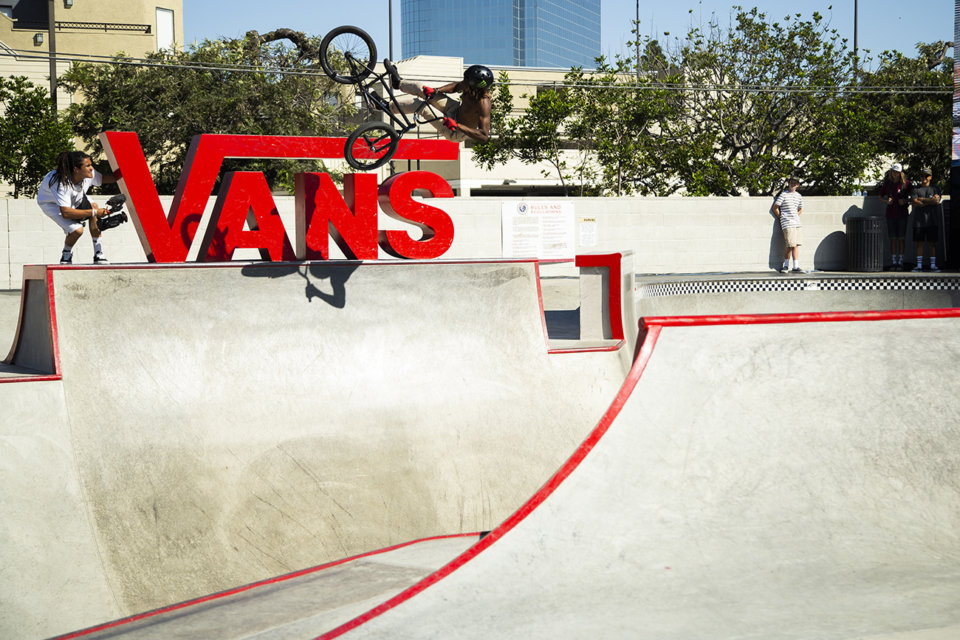