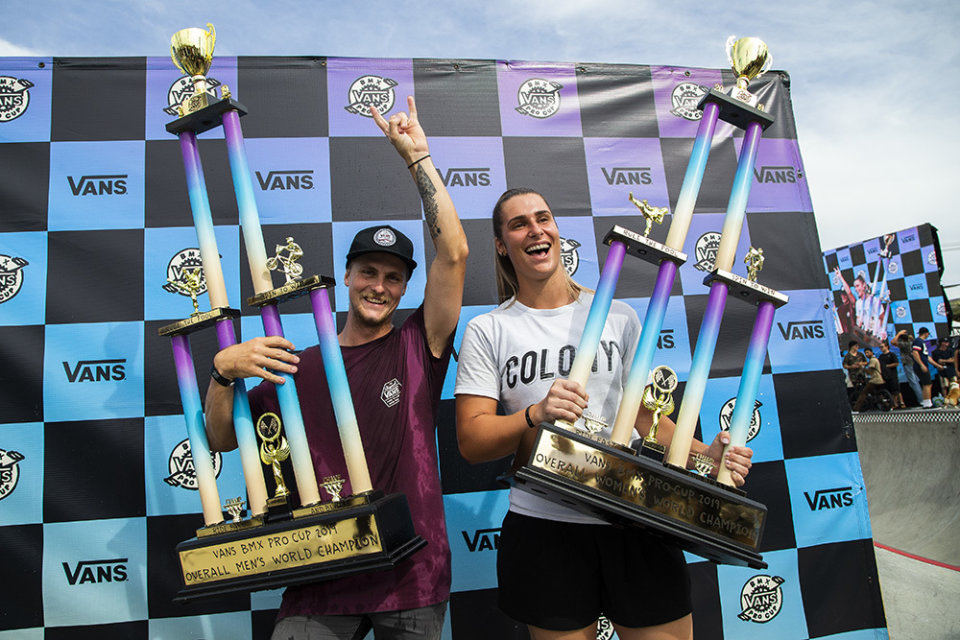 Watch the Replay on VansBMXProCup.com

Huntington Beach, CALIF. (September 16, 2019) – The results are in! The Vans BMX Pro Cup World Championships event showcased over 70 talented BMX riders this past weekend at the Vans Off The Wall Skatepark, culminating with the ultimate crowning of Jason Watts and Natalya Diehm as the new 2019 Pro Cup World Champions. As the world’s leading platform for elite BMX competition, the Vans BMX Pro Cup series saluted the 2019 season in Huntington Beach, CA after traveling to Australia, Germany and Mexico, and honored its commitment to prize parity for the men and women podium winners today.

On fire all season, and consistently impressing the crowds all around the world, Australia’s Jason Watts takes a well-deserved win as the new 2019 BMX Pro Cup Series champion, earning the most points of any rider this 2019 season. With two event wins under his belt (Germany and Mexico), Watts was truly the competitor to beat. Watts’ unique style and diverse trick selection were in top form, securing him as the leader in the season’s rankings.

Proud of his win, Watts exclaimed, “I’m speechless. This is one of the best contests ever. Everyone kept the rubber side down. Everyone feels pressure, but we got an amazing heat, and then it was just a session, the pressure was off.”

Fellow Australian Natalya Diehm, one the most consistent and stylish BMX athletes of the tour, earns her first BMX Pro Cup women’s championship title. Diehm’s approach to all the unique courses at every stop this season showed her expert control of the bike and her incredible style to earn her the overall title win of the series.

On her win, Diehm told the crowd, “It feels amazing, I don’t even know what to say, thank you everyone, this is sick. Keep shredding, and try as hard as you can, really!”

Never ones to disappoint, the fast-flying Kris Fox, and the ever-so-stylish Perris Benegas, also came out on the top – winning the Huntington Beach event with the highest scored runs of the day. Judged on overall impression, both Fox and Benegas utilized speed, creativity, and power to execute the most exciting lines in the park. In the special awards category, women’s rider Macarena Perez outshone the women’s field with the Highest Air of the day. Meanwhile, event winners Kris Fox and Perris Benegas earned the Best Line Award. Finally, open to all competitors, Gary Young claimed the “Raddest Trick” award for his alley-oop, 360 tail whip transfer.

Congratulations to all the winners! 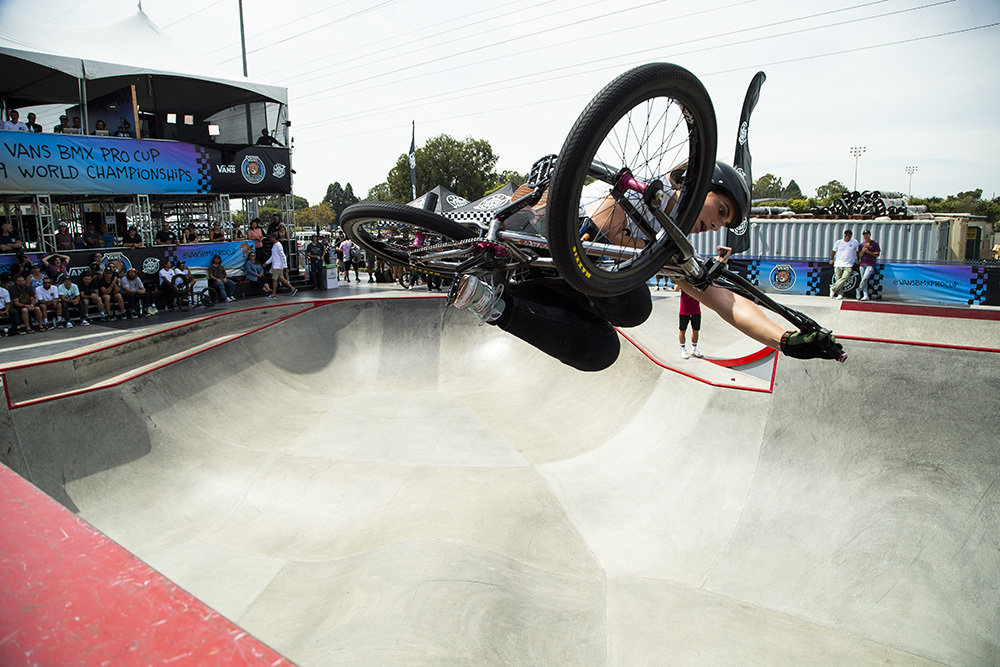 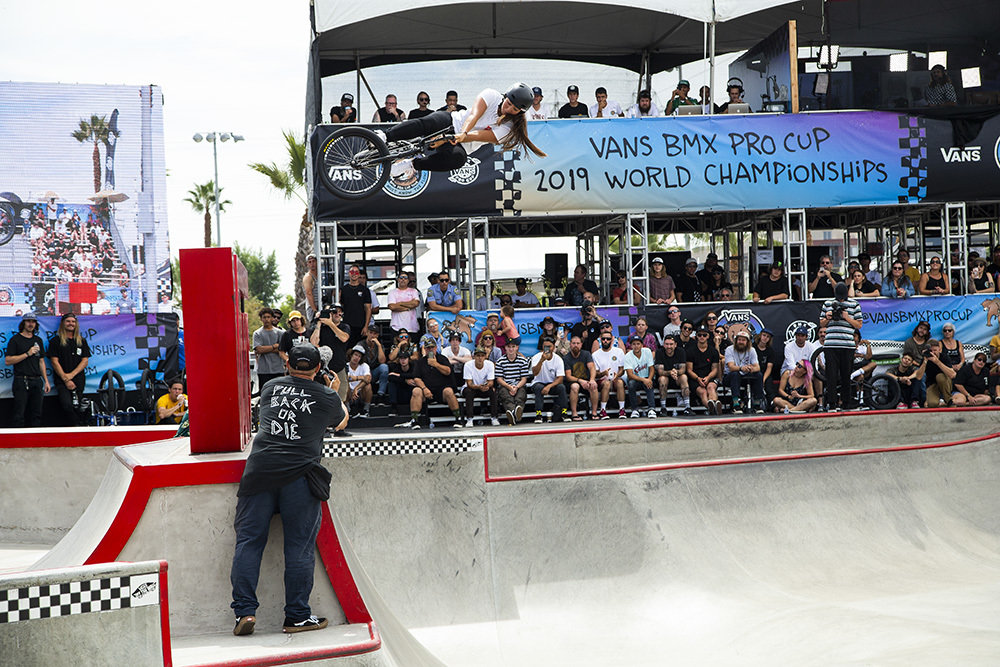 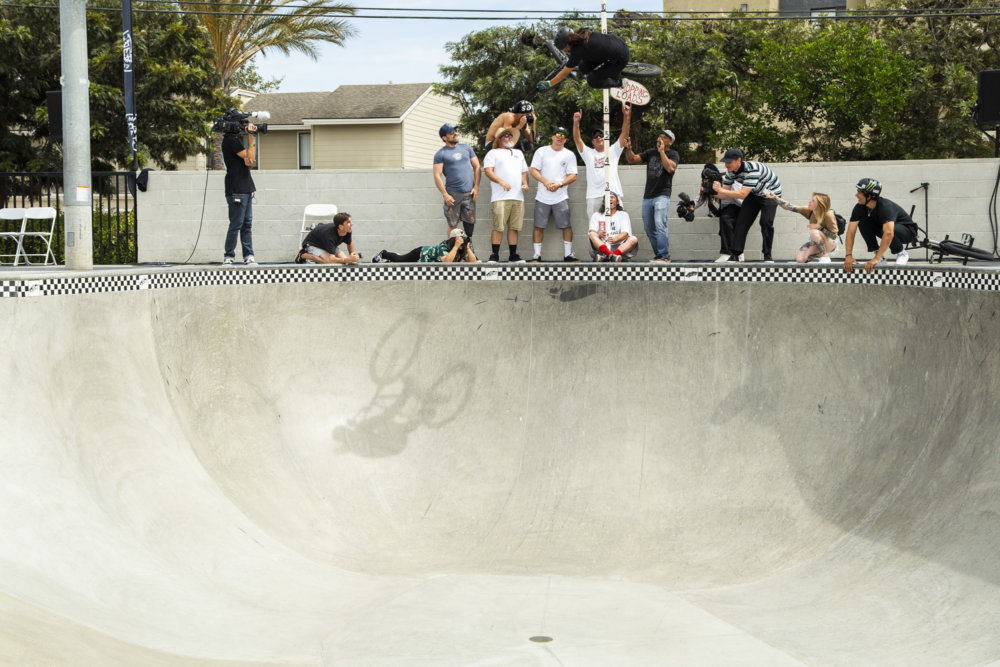 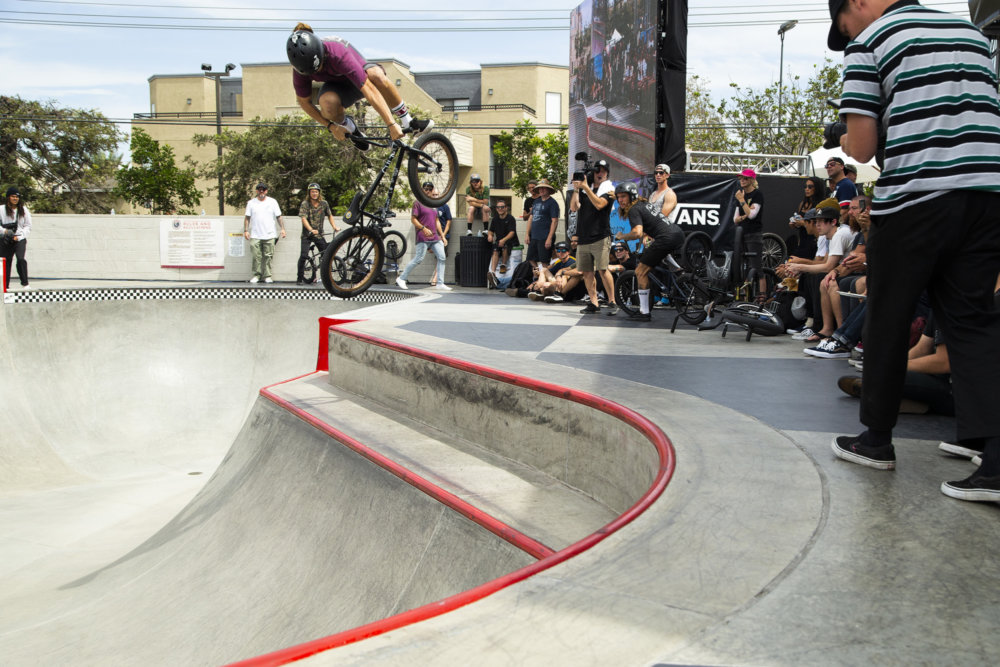 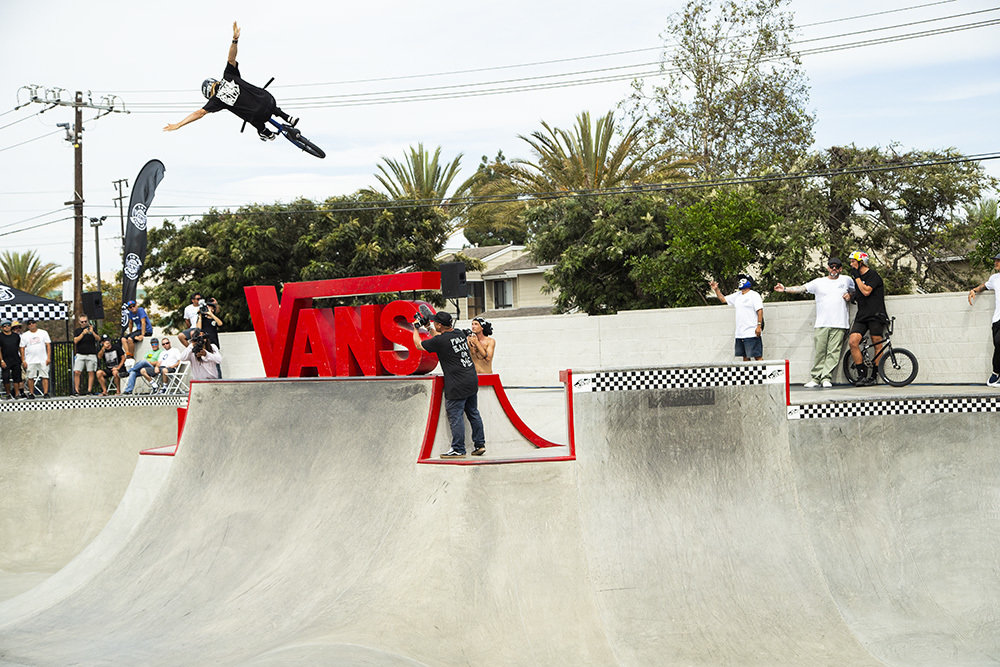 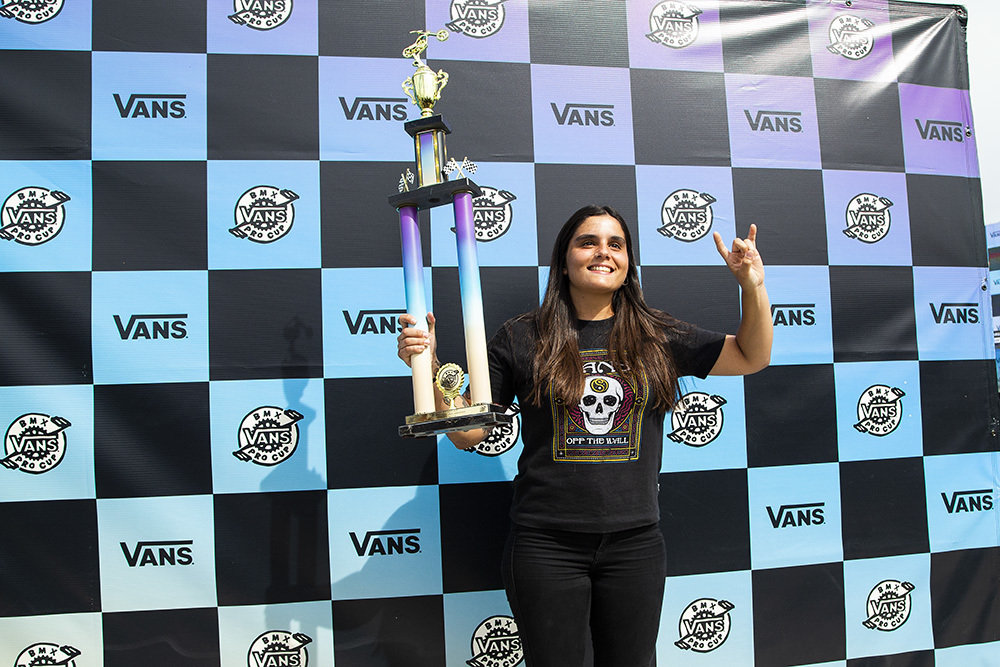 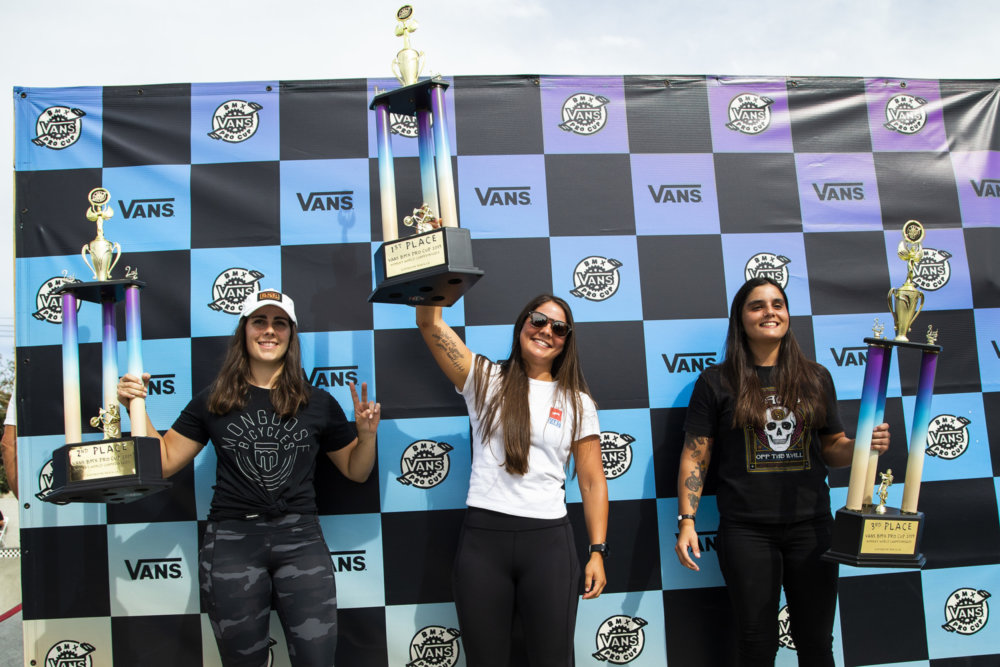 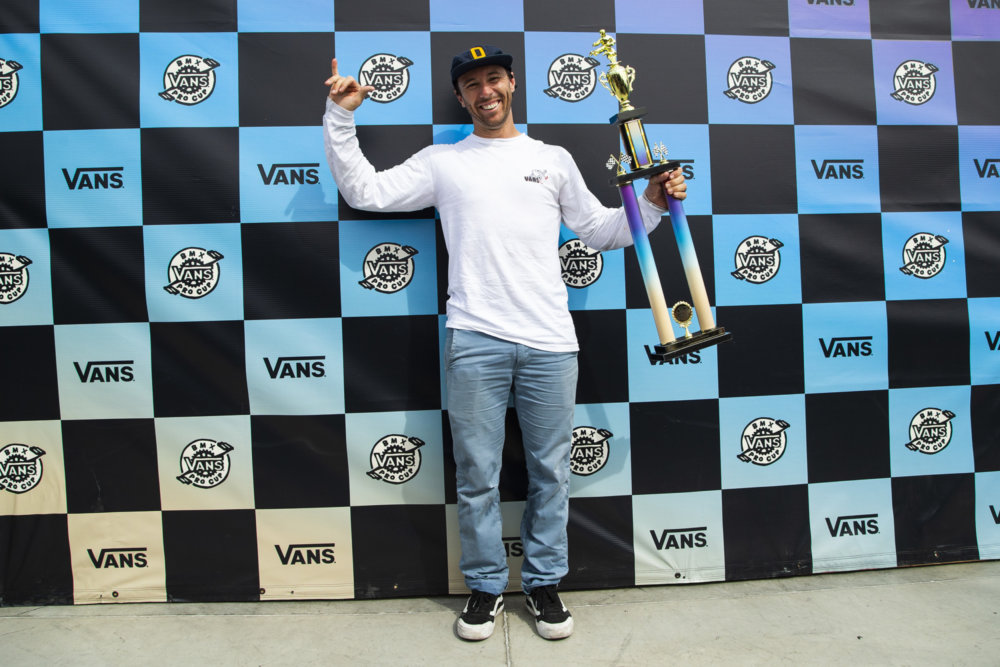 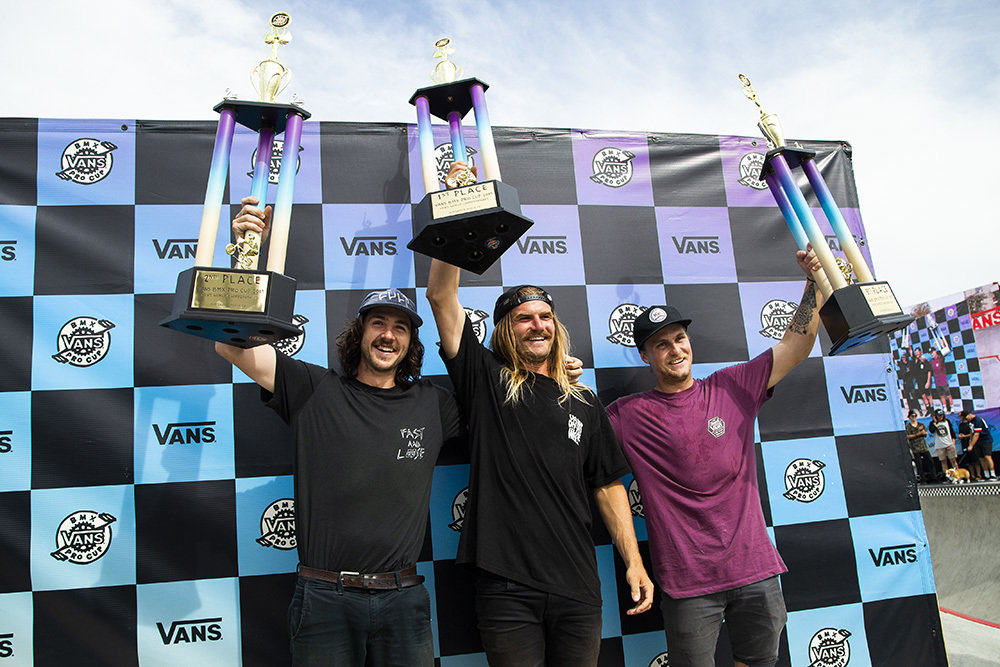 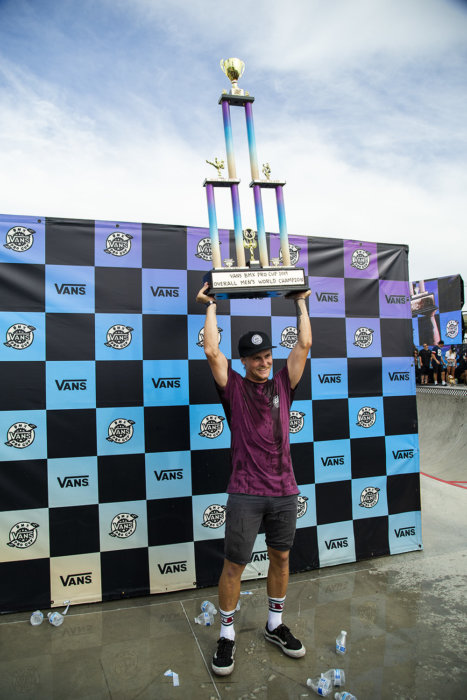 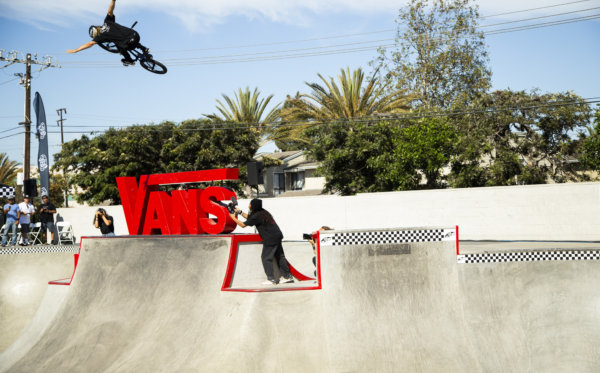